If you were to get a kid choose if she wants plums or blueberries; she would just pick one and get on with relishing them. To her; both are fruits and equally delicious. Not too much to think about.

As we grow up and get older and wiser; (argh how boring growing up is) choices get more complex, serious and difficult.

Often, we have the difficult task of making choices. Be it as simple as choosing between a skirt or a trousers to as serious as choosing life's path. Its the latter that leaves us so many ifs and buts. Why should it be that difficult?

As grown ups; we are not sure about ourselves. We dont know what we need. We are confused. And we call ourselves grown ups ;-) We often base our choices on how others are. What others' would choose, what they would prefer. We want to be them, our sense of well being is what we see others to be. We are not clear about ourselves, our wishes, what we want; instead we see us through their eyes and mould ourselves.

Or maybe we are super clear on what we need, what we want to be. How should our life be, our goals...people belonging to this category are level headed, know themselves well, their limitations and strengths well and are rare.

Now combine it with striving for perfection. Whoa! The other day; I was chatting with a close friend. Its good to share burdens and talk out once in a while. You can sleep with a consolation that you are not alone and that there are others out there with similar confusion. Had a very philosophical or should I rather say practical discussion. These talks happen regularly. The topic of contention was around who is the perfect partner for you? Now this is an ever worrying thought at the back of one's mind until you tie the knot with that someone.

My friend has numerous questions around this. How do I know the one person would be right for me. What if things dont work. We do discuss the harsh realities of marriage and boredom as well. I hope I do my best in not scaring him :-) So is it fear of dissatisfaction? Could be...This is how our conversation turned...

We humans try to be amicable with others and try to please people around us, we dont want to appear bad; unless we want that one thing very bad when we are ready to throw everything off and take on the world for something we really want. Now thats duality of human being. Our own self is more important than others. Thats how we are. How far do we go? Where does the search for that perfect career, life, spouse end?

So, there is nothing like perfection, who knows what is perfection? We keep wanting more because we think 'more' is perfection. Bottom line - Can you ever settle for something in life? If you settle, you miss out on more but if you dont settle and are not satisfied; you miss out on your present and could never be satisfied chasing for the 'better' which is unknown. Is it possible to find a middle ground? Like be aware of your blessing and enjoy it and not get lost? But we still have to search for better!

Looks like it gets further difficult when it comes to choosing life partner. Change being a necessity looks like a curse here! We are not perfect; we have our flaws which makes it more interesting and intriguing.

Anyway; what was the conclusion? None actually. We will be touching upon it many more times ;-) So we abruptly just dropped it and started discussing about our upcoming travel :-D
Ramblings by Insignia at 11:27:00 PM 16 comments:

Life's rough and testing and during those times its good to pause and think about all the good things you've had and be thankful. I wanted to list my top 5 "Oh my God, thank you" and also my Bucket List for motivation :-)

Thankful Moments - not in the order of listing 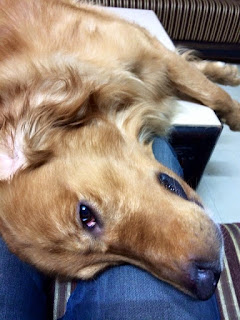 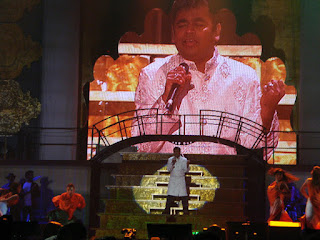 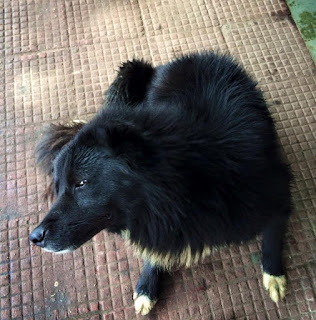 Thats all for now :-) What are your Thank you moments and your Bucket List?
Ramblings by Insignia at 9:51:00 PM 17 comments:

How do you want to die? - The Greek Referendum

How do you want to die? Slow or Instant?

This was my first reaction when I read about the Greek government's decision to hold a referendum  asking the Greek people to decide whether they agree or not to a draft agreement document submitted by the 'Troika' - The European Union, The IMF and The ECB.

The first document is called Reforms for the Completion of the Current Program and the second one called Preliminary Debt Sustainability Analysis.

The ask is to vote "Not Approved/NO" by the citizens who reject the institutions' proposal and "Approved/YES" by those who accept.

What fun is this? Just few months ago; the people elect a new government in the hope that the leaders would guide them in the right direction. Now the government has delegated such a risky huge responsibility at the hands of the 18+ public eligible to vote and make decisions. No, I am not undermining the decision making or the right to exercise the decision of the citizens; but what does it mean for the government to just leave it to the public?

These documents in question were not made public earlier; how many Greeks can understand the highly technical document? Well; there is no need. All that they have to vote for us is whether they accept the creditors' conditions for far more austerity measures and high taxes and ensure a bailout or no.

I am no economist; I can't even manage my own money. But I have been reading about the Greek crisis for a while now out of curiosity. Aah how sad; the word "crisis" itself was given to us by Greeks. Its upon them now. So far; the best I have understood are two words - "Nai" or "Oxi" - Yes or No that could decide the future of Greece and the Europe.

More questions than finding answers. How can anyone be bailed out by more loans? Its funny really. Dont you end up in a quagmire of hopelessness and distress? But in the event of no money; what happens? Why can't the Europe and allies help Greece restructure and pave way for growth; generate more jobs and improve the economy? More austerity means lesser capital to invest. So how can there be growth? With the troika functioning the way they are; shouldn't they just be negotiating loans? Why is the political interest in there?

Does not mean Greece can continue to get free lunch. Remember; Iceland was in a similar situation few years ago but they managed well. Agreed; can't compare Greece with Iceland. But if one Euro nation can; the other can as well right? Maybe not. Now how about Greece going into more austerity and high taxes.

Why not? Why should the rest of Europe pay for their freebies? Healthcare, housing, education, pension and other securities....from where would they come from? Of course! government doesn't have unlimited supply of money. How can entitlements keep coming? You would run out of welfare and loans dry up as well isn't it?

The citizens seem to be fed up of austerity measures; but they do want to stay in Euro. Guess it also depends on who has invested in the system. Retirees; who are owed big pension, people who have saved a lot and have money in banks have a higher stake. A NO means banks closed, deposits lost, less money than saved due to devaluation of Drachma if its introduced if Greece exits Euro.  Would a NO mean they dont have to pay back the $250 billion debt? Not possible at all. Basically it is a free fall of the economy.

A YES means bailouts with more austerity which means more unemployment, weaker economy and eventually fallout. Either way; it seems to be bad for Greece. Been reading up jokes and memes on how Greece can get written off if we were to start paying for their ideas and inventions - democracy, modern medicine, art, mathematics, science....Its very sad.

How are they finding it possible to hold a referendum? Where did the money come from for facilitating the voters?  Its beyond my understanding of economics how Greece got into such a situation. She spent around 9 billion Euro on 2004 Olympics; when the public debt was at 168 billion Euro; within days of closing of games; Greece warned that the public debt and deficit would be worse than expected.

Borrowing is unsustainable and when spending is unchecked; you are in for a disaster. This is simple common sense; is it that tough? On a lighter note; some of the biggest corporations have billions of $ in cash; they could buy Greece!
Ramblings by Insignia at 5:57:00 PM 9 comments: