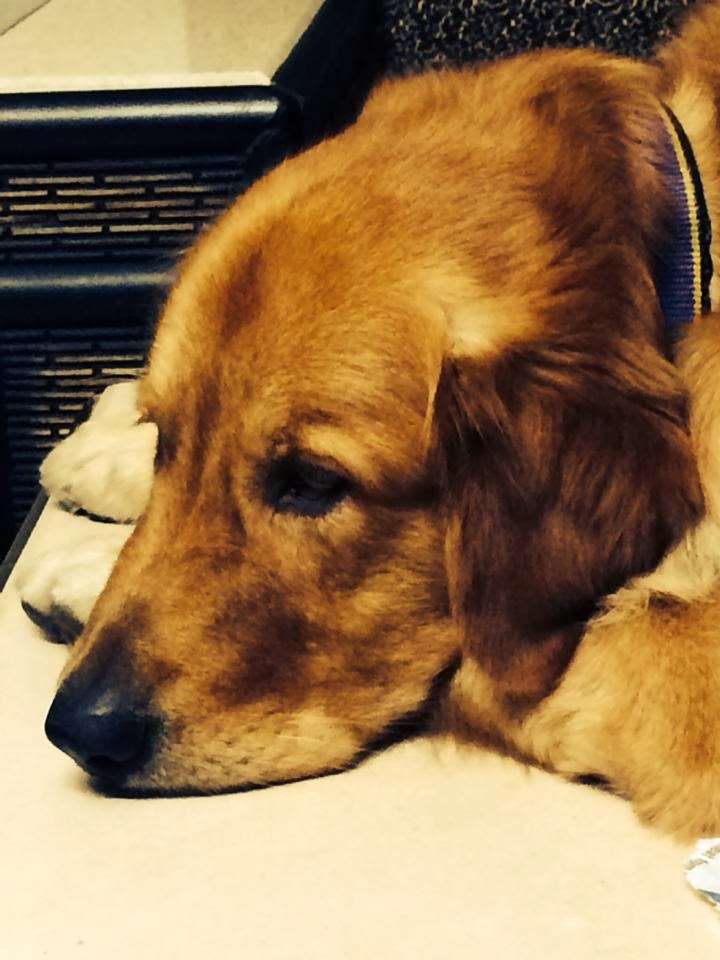 PS : This is my darling Gypsy supposedly in a melancholic mood. But bugger is just sober and relaxing.
Ramblings by Insignia at 9:57:00 PM 10 comments:

Now how can I wrap up Penang without actually reliving the streets of Penang. More importantly; the quirky art on the walls. The century old buildings still standing as a mute witnesses to things gone by; a revolution, change of hands and yet they are standing.

The age old Chinese temples; rich with wood carvings and paintings. The family homes now converted as museums; showcasing the life of the entire clan of migrant Chinese. Now no one knows where they are and what they do.

I often think that take only memories, leave only memories. But if not for what those folks then built or stored; how would we know how they lived? Those mother of pearl couches, those rich silk shirts, the intricately beaded slippers, those jade cups and saucers and the blue potteries...

Here are the street arts that I so fell in love with. These are installed at various prominent streets by the Corporation. They explain the reason behind the names of the streets and why the street was famous was in a humorous way with cartoons. I thought it was so novel and definitely caught the attention. I could instantly get the what was happening in the streets during the early 1900s and why the name thus. Love Lane, Panggalli street, Chulia Streets, Murti street...

A collage of all the pics I clicked. 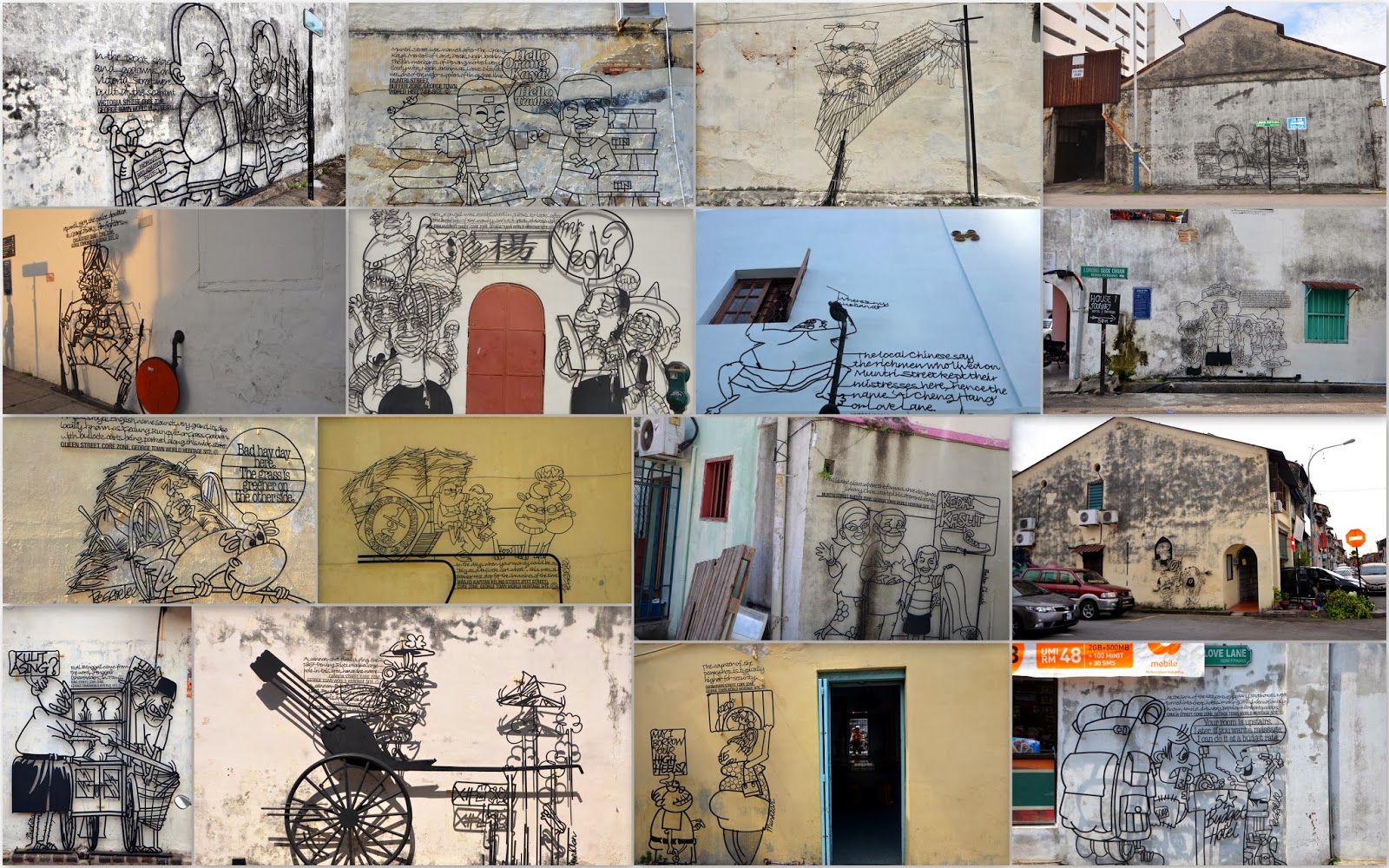 Han Jiang Ancestral Temple was a piece of art. The temple was very calm and just beside where we stayed. 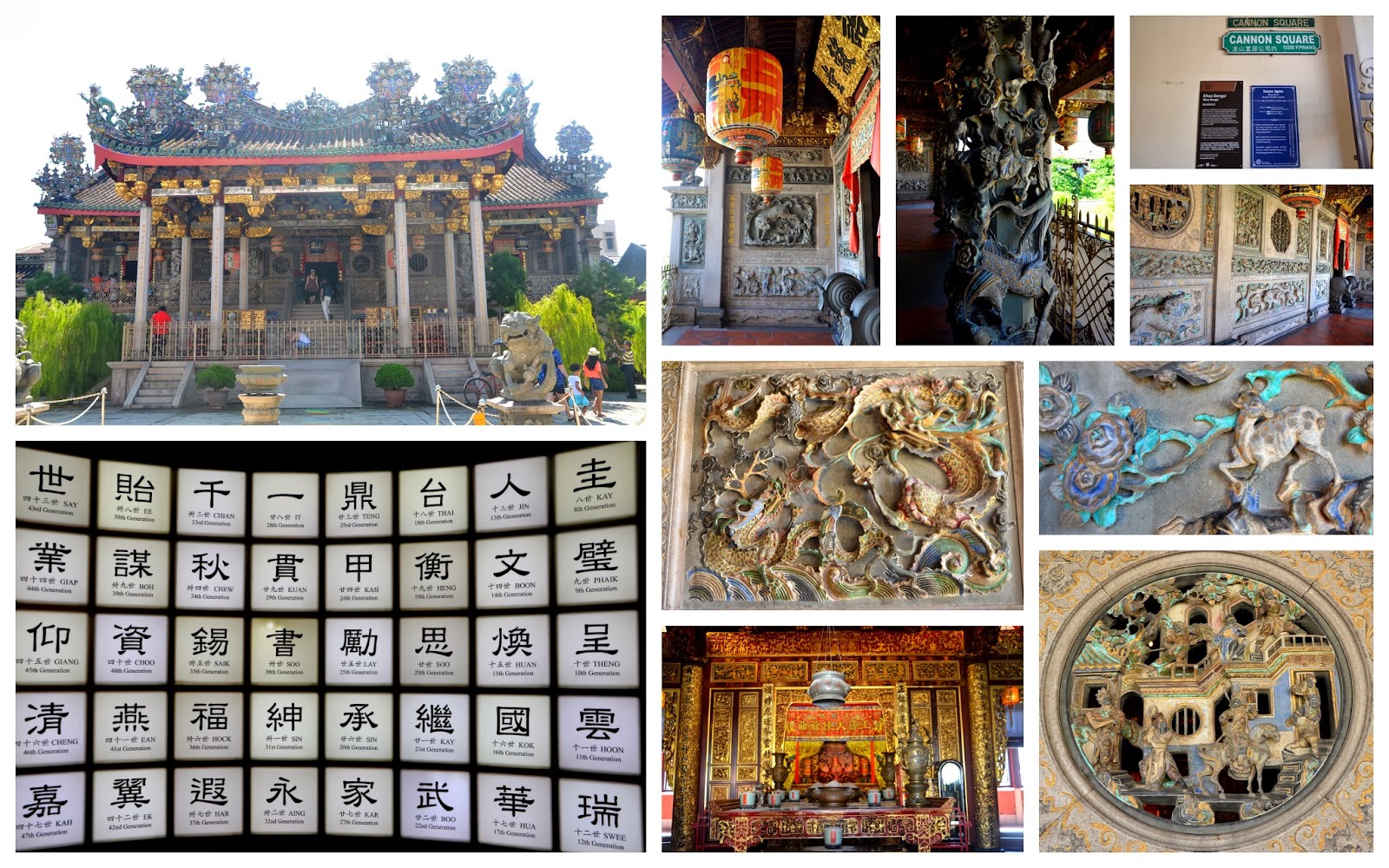 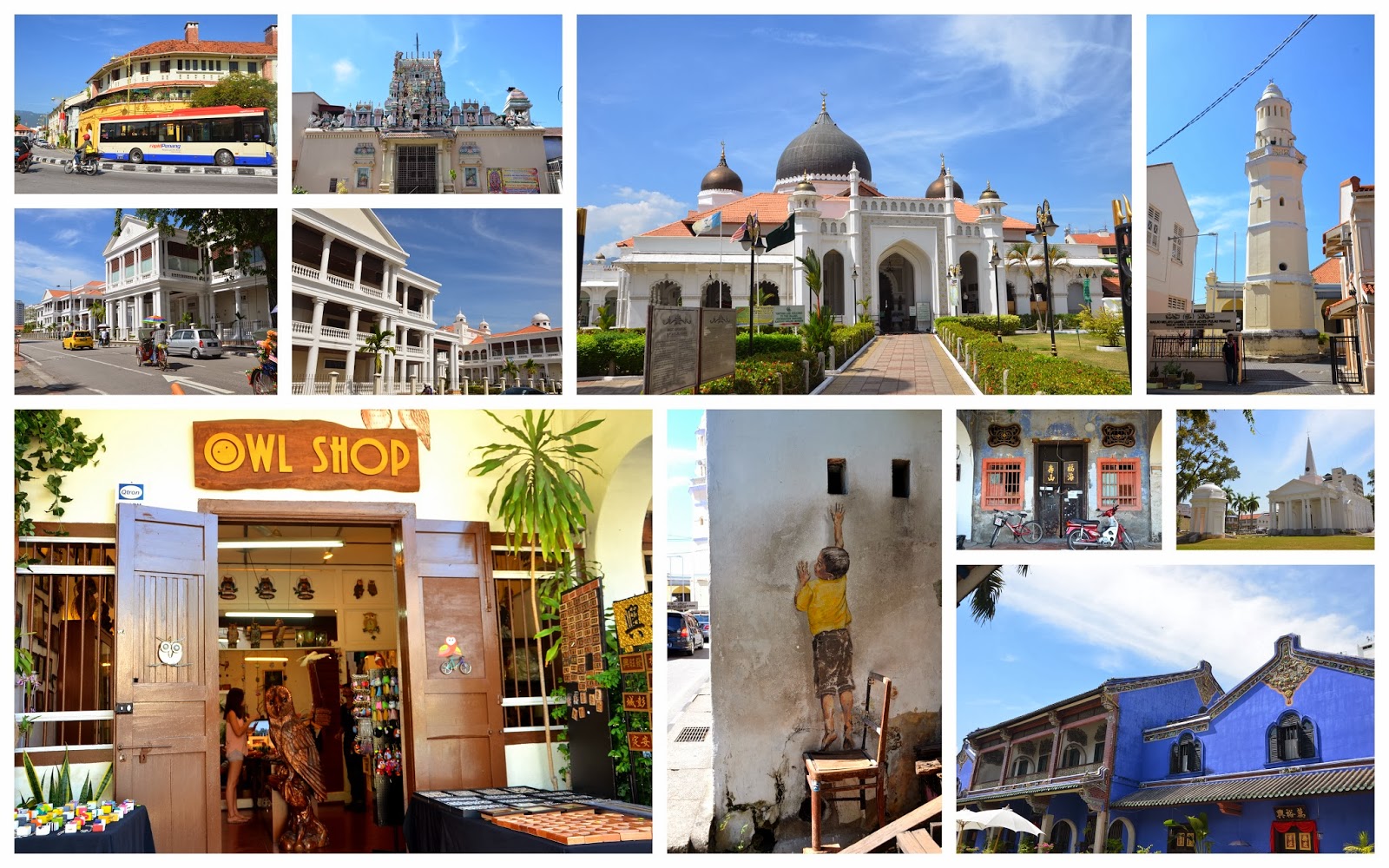 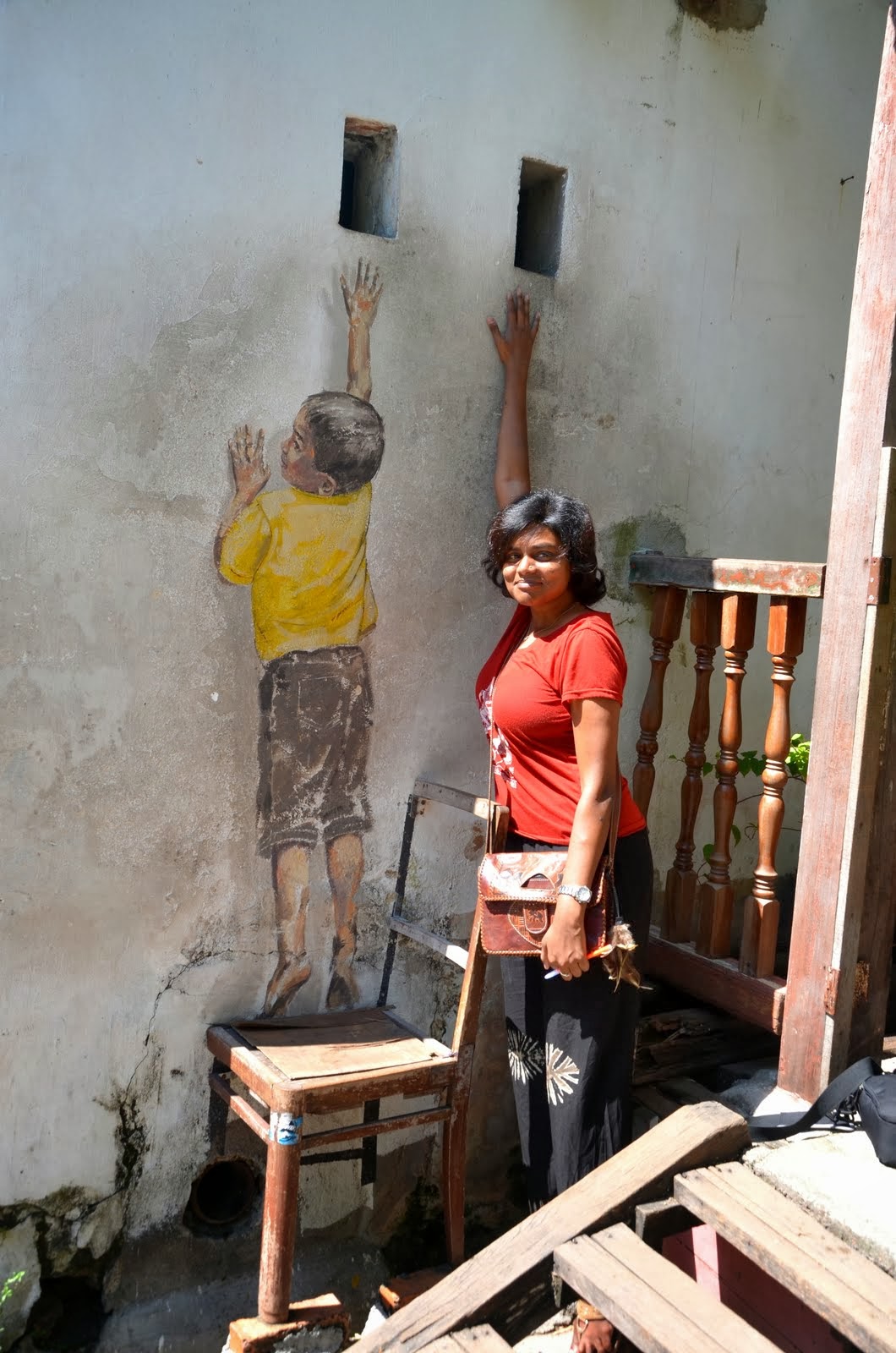 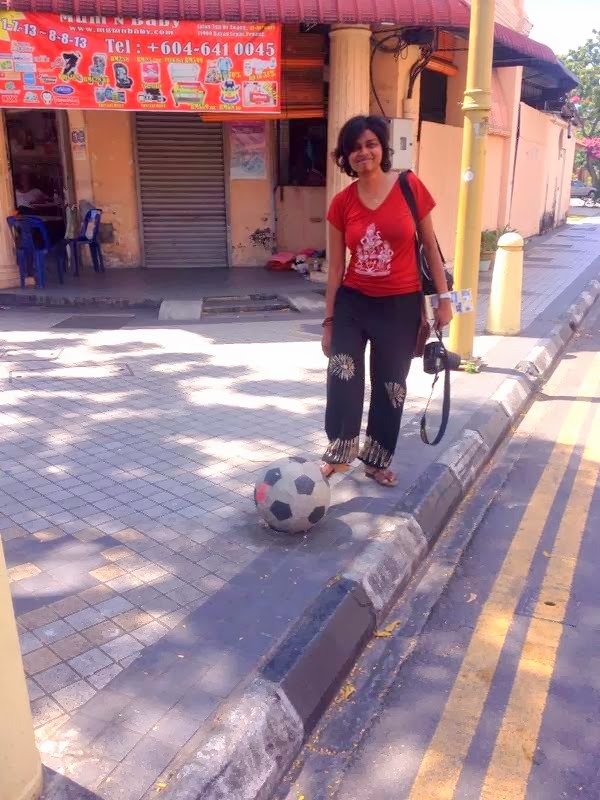 I have realized that when I am away from my city; I tend to observe and take extra effort to talk to locals of the town I am visiting. Now why is the question. I have pondered about it. Maybe because I know my stay there is for a short period and I may not may not tread that path again. So I want to experience as much as possible; get to know people and what learn what they have to share about the place, the history and everything else.

Or maybe that I am excited to be in the new place and so observe more than I normally would do. Or maybe in my town; I am pre occupied with hundreds of things on my mind that I fail to notice them or that "There is always tomorrow. Where am I leaving; I am here" feeling.

Whatever it may be. But I have noticed that I enjoy even a simple act of brewing tea on a road side stall or taking in sight of an old man enjoying his solitude in a mosque makes it so interesting. I did have many such experiences at Penang. Penang is dominated by Tamils. Malaysian Tamils and Indians who have gone their for work. It was a nice exercise for me to figure out who were the locals and who were the working diaspora from India among them. Some of them were obvious. Like the Malaysian Tamils who are Muslims now. Maybe their great grand parents got converted to Islam 100 or 200 years ago and now you can see them dressed in traditional Malay Islamic clothing. Based on the same religious lines are the way how a Hindu Malay dressed. Or rather how they displayed their religious virtue. I found them to be very conservative and religious than what we were. The vermilion and ash dominated every forehead.

Just walk along little India; you know what it is to be in India away from India. It was more India than what India is. Indian songs played on loud speakers; Tamil movies being played on the TVs. The TVs were outside the stores on the streets; so everyone gets to watch the movie. The aroma of Parottas and Idlis and Kurmas...ummm. I would wonder if I am in some remote part of Tamil Nadu. Maybe they outdo these things to preserve their ancestry. But its amazing to see how the cultures have blended; each one borrowing from the other and yet the uniqueness preserved.


It was easy for them to recognize that we were not one among them because of the way we looked and dressed. The curiosity let in requesting for snaps with them. Malaysians like to take a picture with Indians. And they love Indian movies! And they certainly like Bangalore and have only good things to say like "Bangalore! its a clean city I heard". "Computers!" and so on. Equally were there folks thinking India is Delhi or Mumbai and very few outside the Indian diaspora knew Southern India.


There are also Chinese; who live along side in harmony and peace; adapting to the culture and food and practice. The Chinese live among their own; so do the Malay-Indians and the Malays. The migrants are found in clusters among these; blending with the locals. You could find them in a restaurant run by a local or in a Kancheevaram Silk store. Its tough to differentiate unless you talk to them. And thats easy! The local Tamils are interested more in you because you are visiting from India. They want to know how India is; their dream is to travel to India at least once if they havent. I met a man on the streets who said his sister is married off to a Chennai guy. I met a lady who has heard a lot about India and wants to visit...And so the anguish and the dreams..

Maybe the Chinese have similar stories to tell, to share...

This was one dynamic lady. Her food cart was just beside the hotel we stayed. Morning 5 to 11 is all she stays dishes out appams after appams. It was her show all the way. Customers order and need to wait; I mean they are at the mercy of this woman. She decides if she wants to serve you or not. She seemed to be a third generation Malay Indian. I was never tired of watching her in action. Her shrewdness was something I really loved. 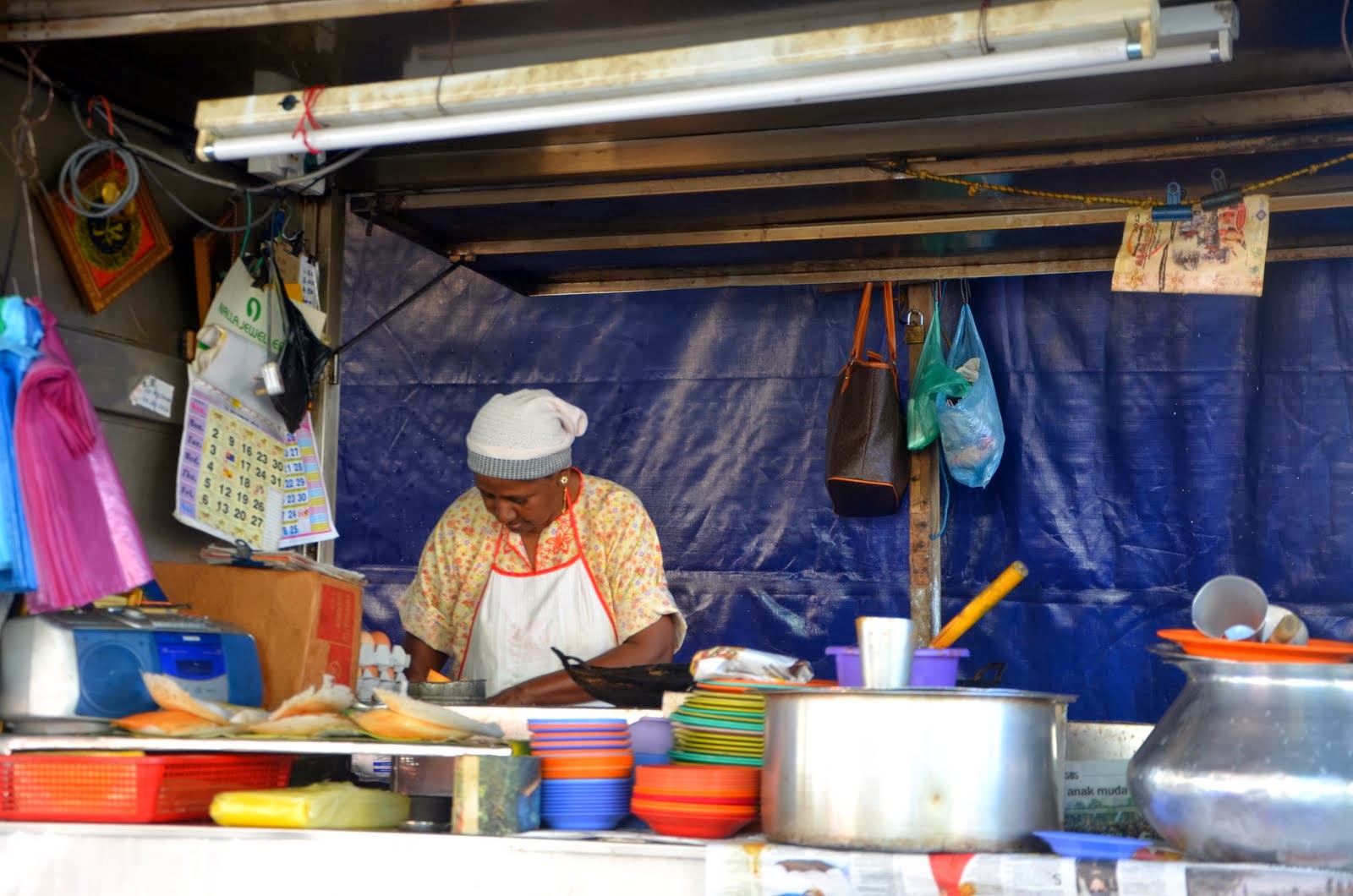 This was a old Chinese home turned to a cafe. The menu was simple. Just a couple of sandwiches and beers. The owner seemed to be an eccentric man; considering what he named his cafe. 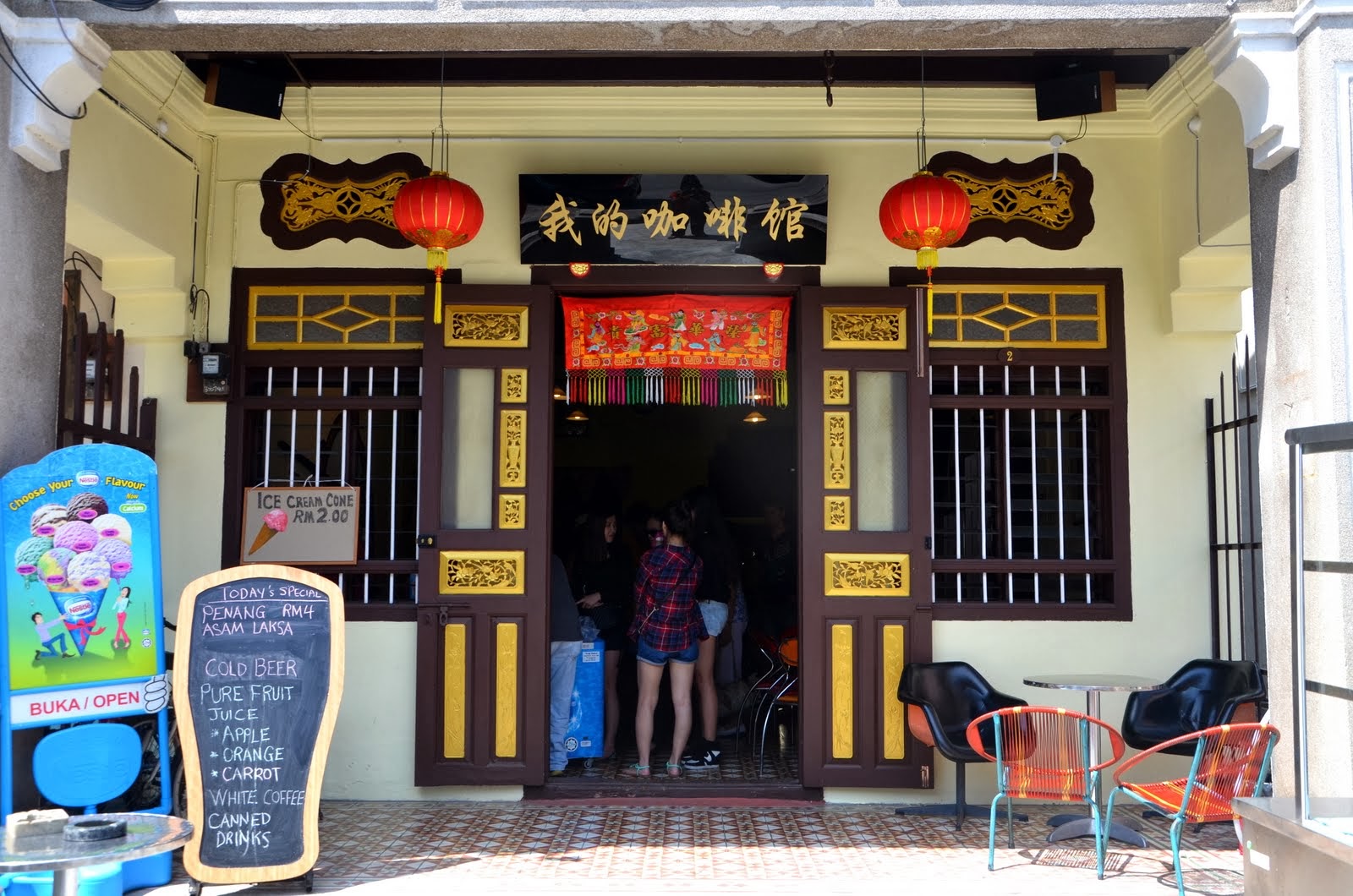 Right! The cafe is "My own Cafe" or his own cafe 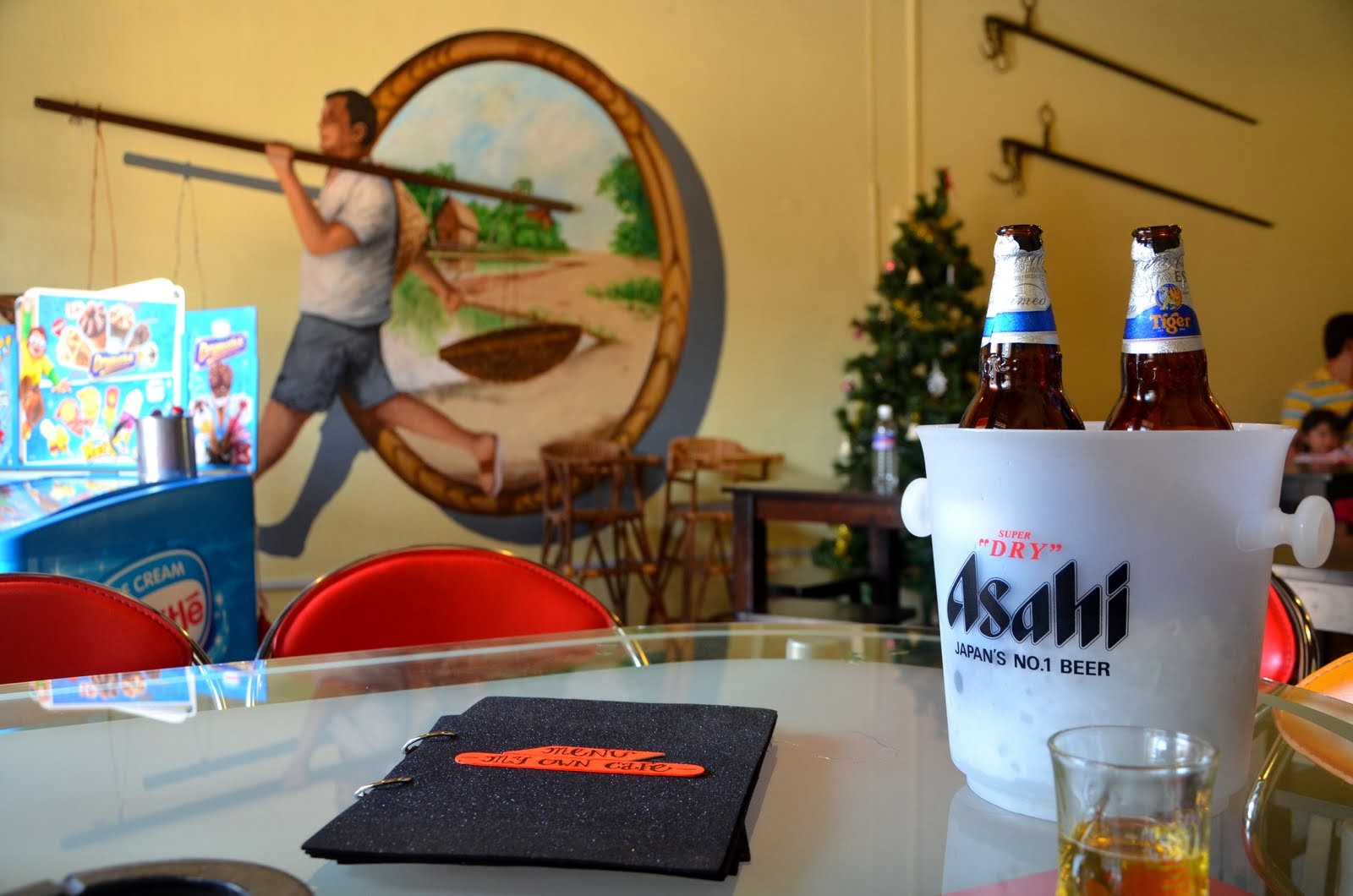 Simple menu. Very creative. Just noticed this cafe after a long tour or the Chinese quarters and decided to peep in. The ambience and the cool atmosphere pulled us in and sat for a while swigging a couple of Tiger beers. 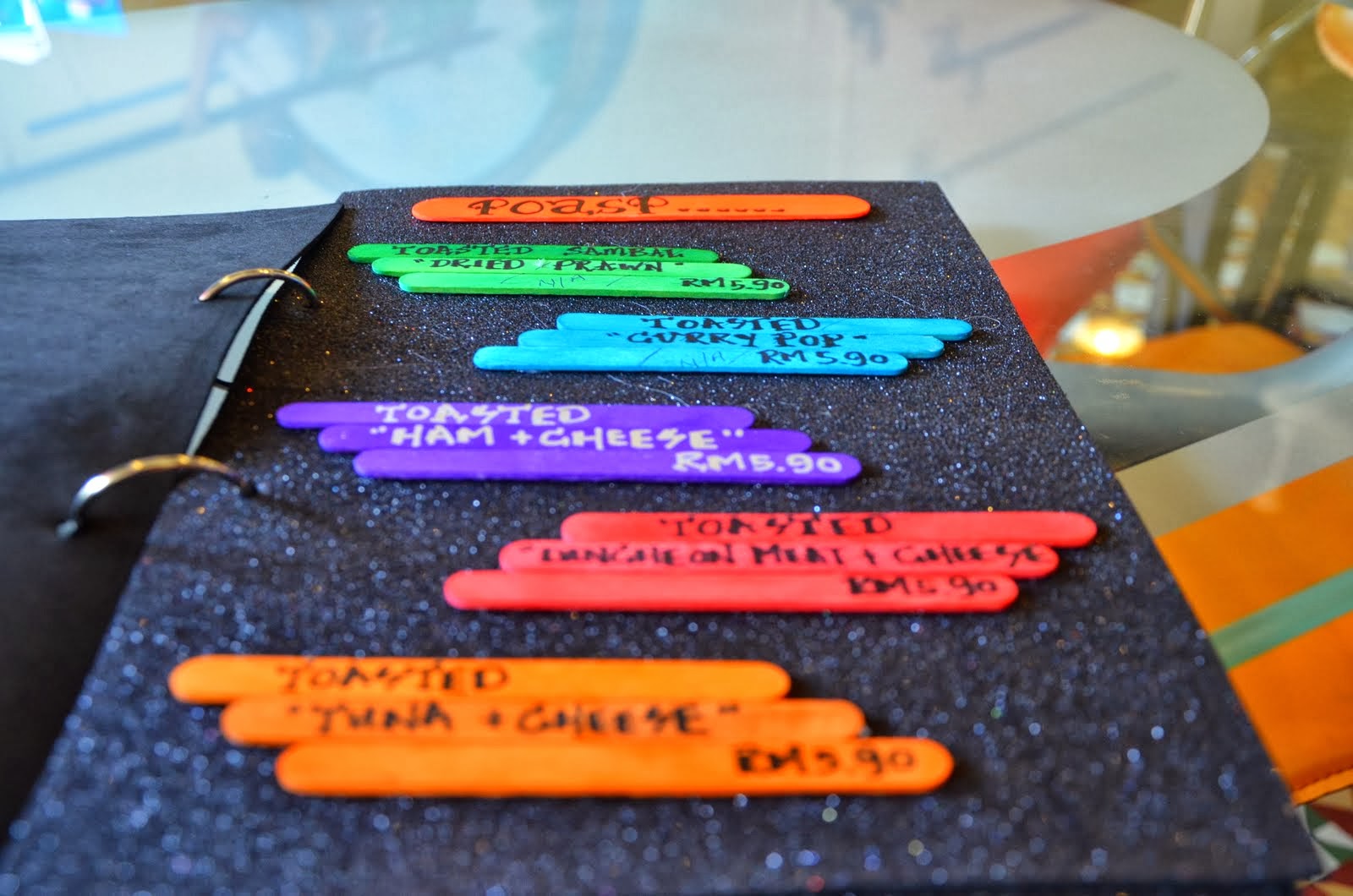 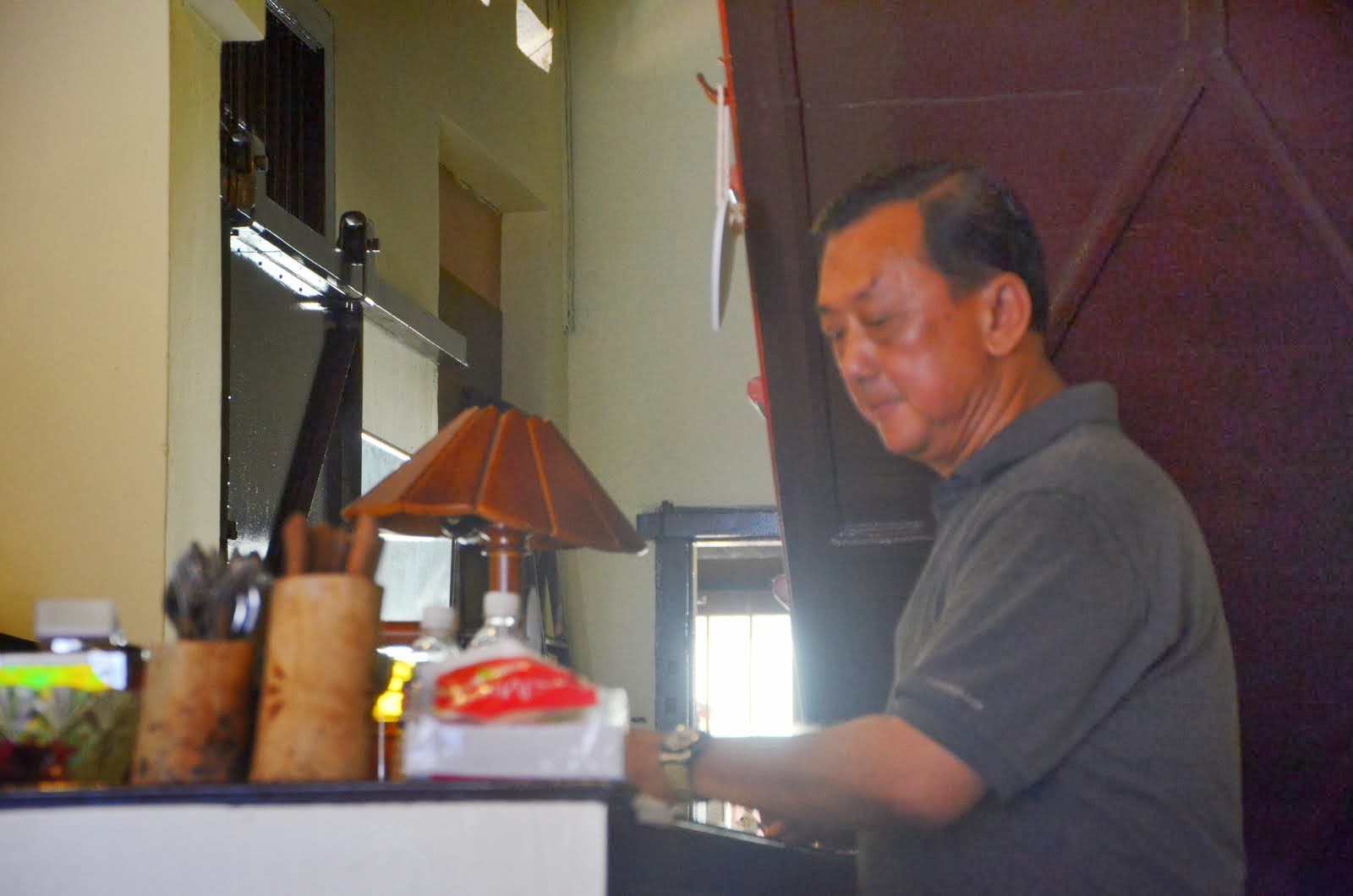 Didnt I mention enough of its eccentricity? Here's more. A painting of himself on one of the walls 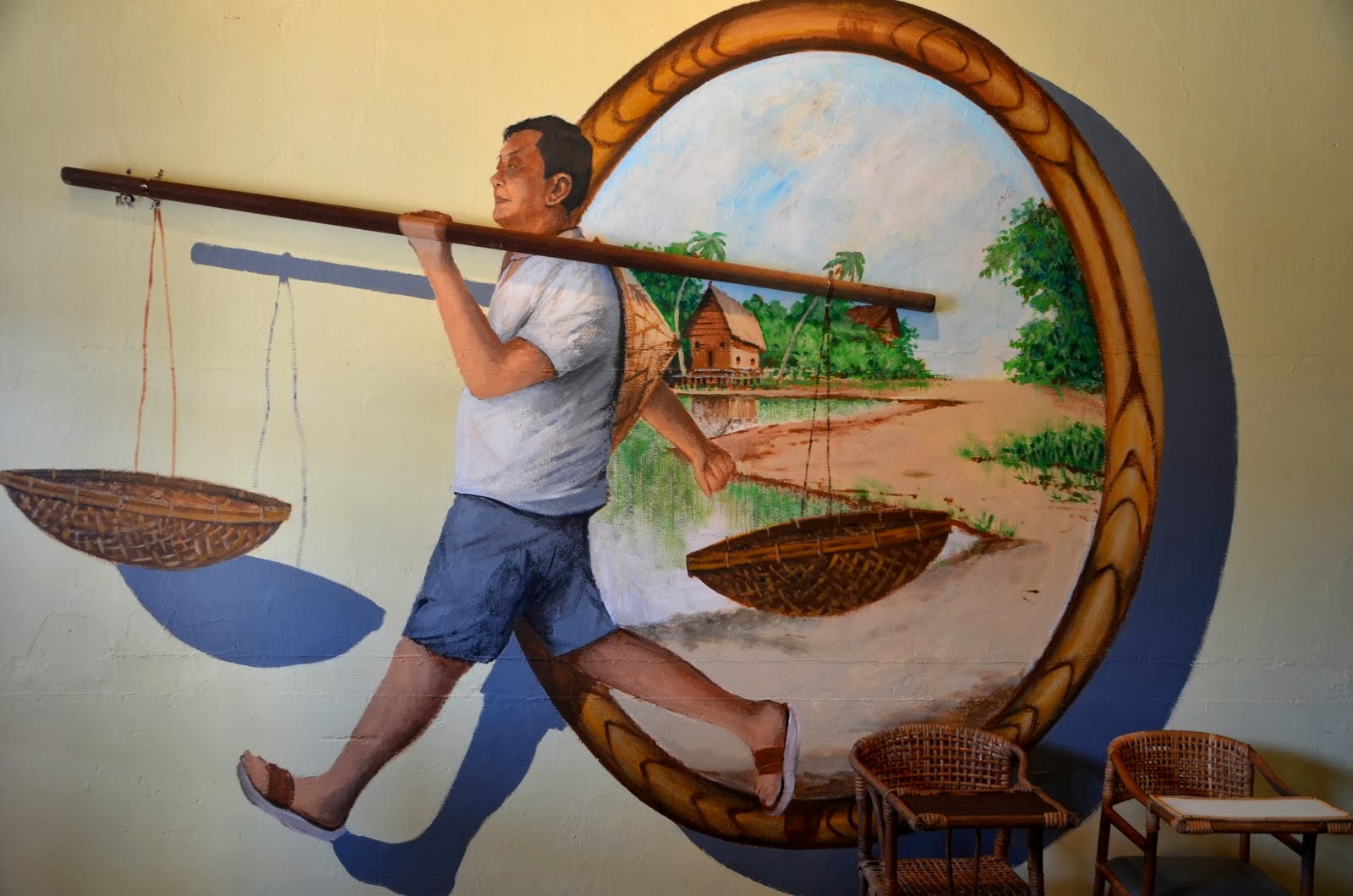 A steaming Badam Milk outside a cafe in the Indian quarters. The food is as every other culture; was a potpourri.  Curries and gravies with a slight twist; tea served in large mugs and so on 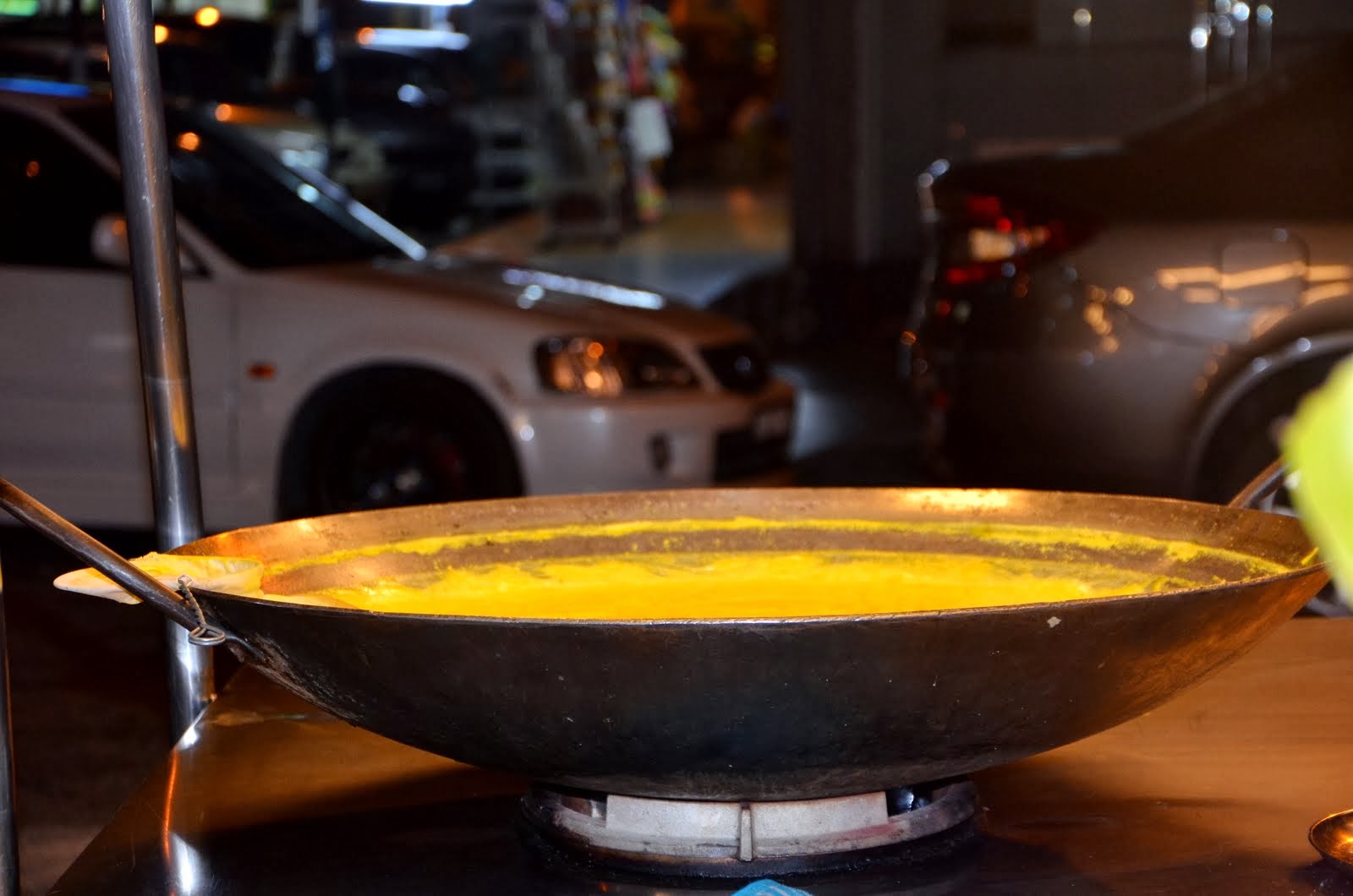 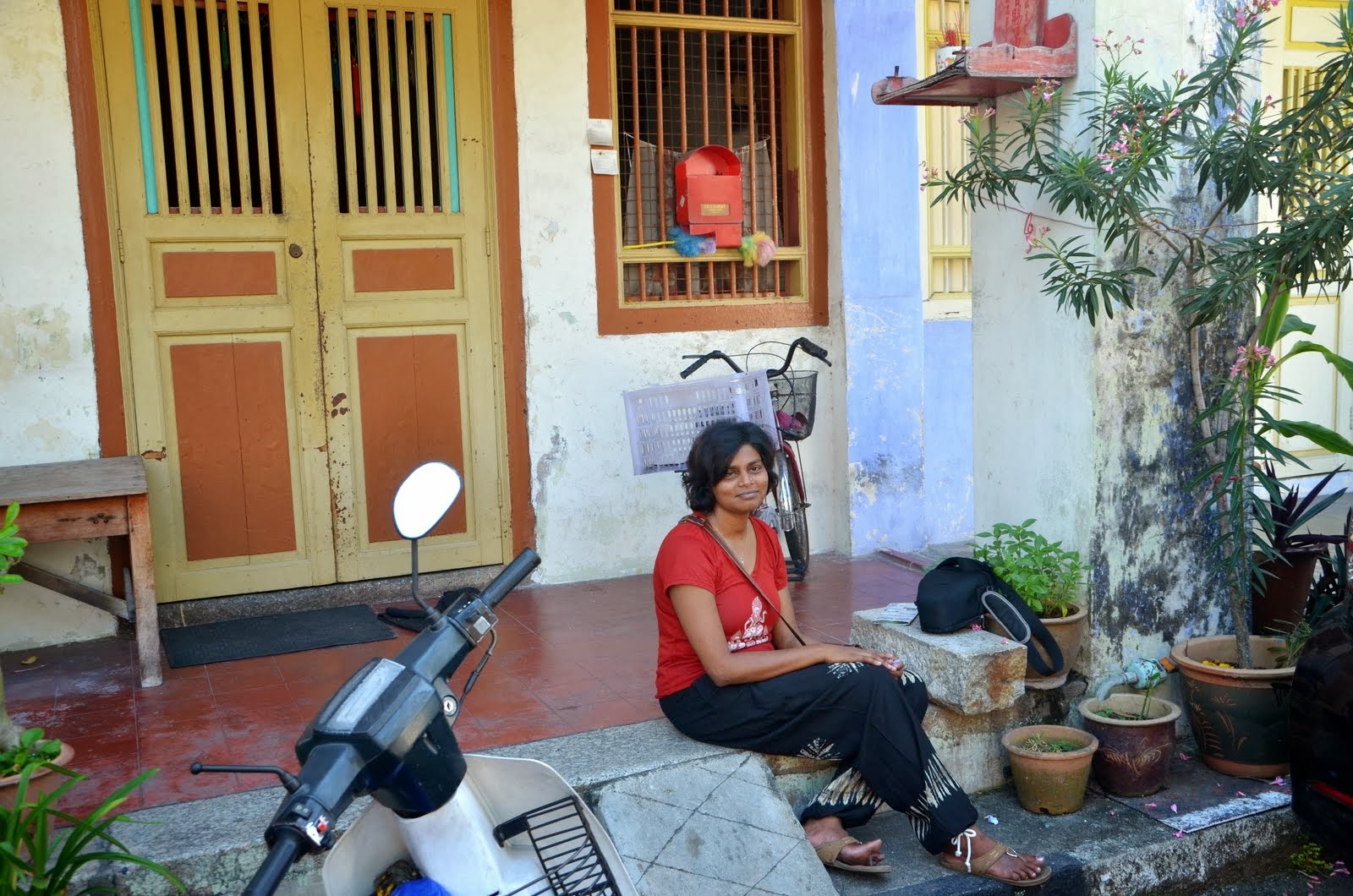