As if it were not enough for a treat to appease our visual sense at Hummanaya blow hole; had another detour before retiring for the night at Hikkaduwa. I was reading the book on Sri Lanka; I was traversing the route we were taking and about the towns we were passing through. I came across a red encircled dot on the map of Sri Lanka (the way I have circled in this map) 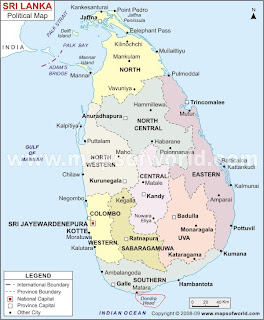 Also read that there is an offshore lighthouse at that point. Took detour and it was pretty dark by then. The light from the light house guided us to the point. As we talked near the lighthouse; I was awestruck by its height and its octagonal shape. We were looking for some one to talk to but all we could hear were the loud crash of the waves. Then from nowhere a Doberman appeared and cornered us. Couldn't move an inch; it sniffed us in all possible places and then walked away only when it sensed we were safe. The keepers of the lighthouse - a government employee and his wife stayed beside in a house just beside the lighthouse. The lady said we could go inside the lighthouse. I couldn't believe it. I think no one is legally permitted to enter the lighthouse; but the lady and the man sensed some quick bucks from foreigners. It was dark so who cared. Anyway; I did break my ethics just to not miss this once in a lifetime opportunity and I am not guilty.

The light house is the highest in Asia. It was built during the British period; the inside of the light house exuded all British; right from fire equipment to wrought iron steps; even the building materials seemed to be imported from England . The light house was 7 floors and 161 ft in height. After admiring the ground floor; we started climbing the stairs - 196 steps in all. We climbed and climbed; as I went up; I was equally excited and scared because I know I am going to see something different but also I do not have the permission.

As I climbed; marveled at the excellent maintenance; the lighthouse is still active. The radar screen guiding the ships, the old light installed by the British and now lying as a witness. Finally to the top; tired and excited; the light was so powerful; it guided the ships up to 30 nautical mile radius. Enough said; pictures now.

The octagonal light house.  In the left corner is Velu and Indika; gives an idea of the height of the light house 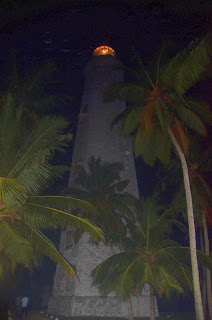 Equipments as listed there - made in Middlesex, England 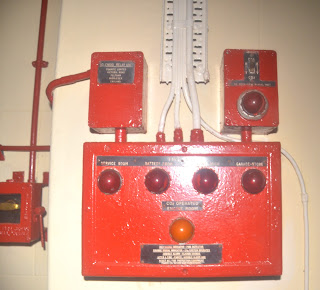 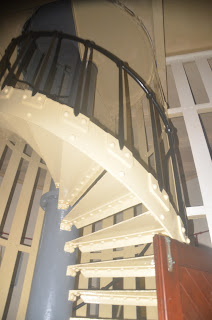 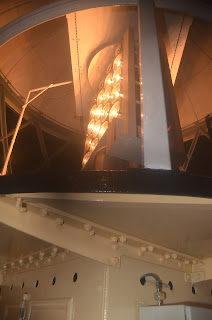 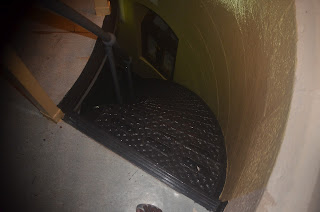 Radar screen. The blue line is the light of lighthouse and the purple dots are ships. 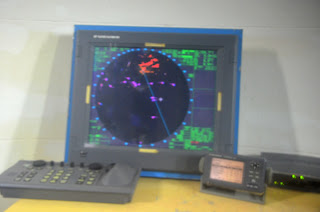 The southern most tip and the wave crashing. I think it would have been picturesque during day light 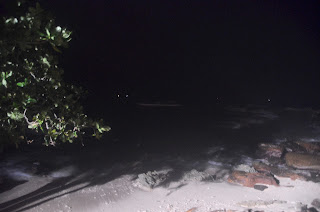